If you spent any extended amount of time outdoors this weekend you may have been seeing a lot of sweat bees … Well, they may not actually be sweat bees… They may actually be hover flies which are very beneficial insects! 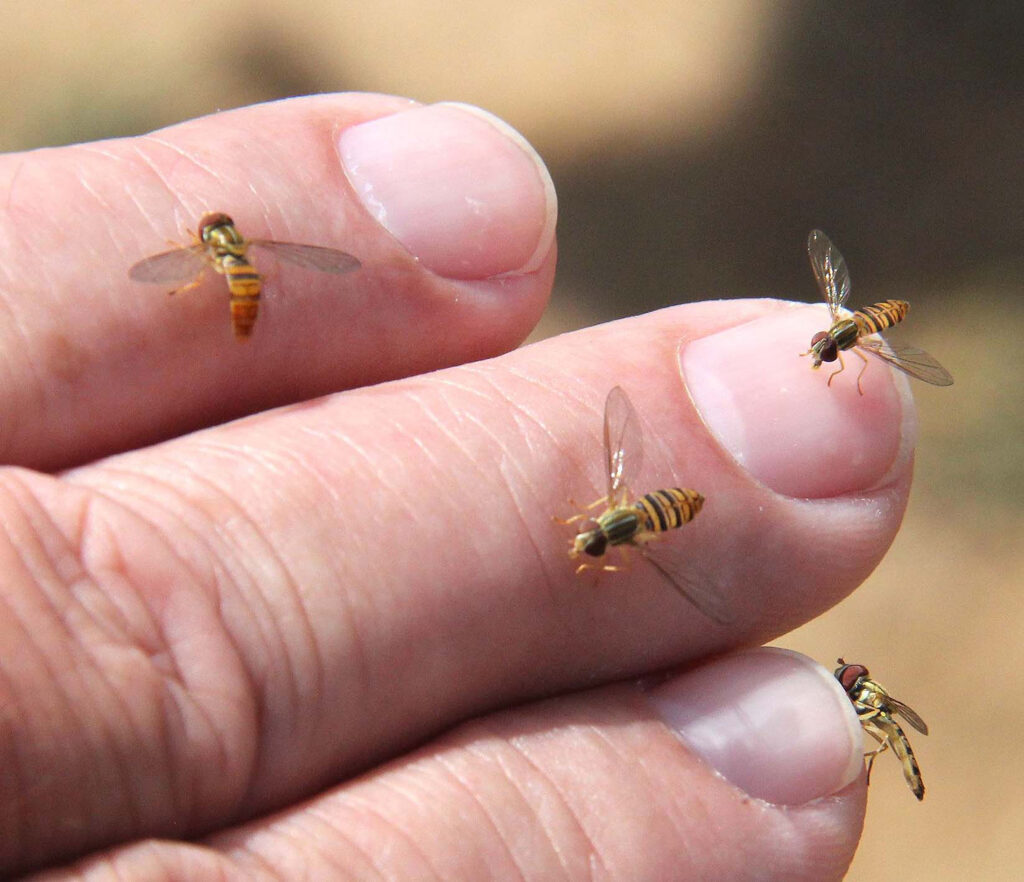 What’s the difference between a Sweat Bees and hover flies?

Well, the easiest way to tell if is a bee or a hover fly is that hover flies only 1 set of wings where bees have 2 sets on each side. Hover flies don’t sting or bite, but rather lick you for your sweat which may cause some slight irritation for a second. These tiny creatures start as larvae before growing into flies that are often confused with sweat bees. Unlike sweat bees, hover flies have the ability to hover in one spot, giving the appearance as if they’re suspended in mid-air.

Just like bees theses flies are pollinators too so you may see them around your flowers and in your garden. In addition to being pollinators, they are a predator of aphids. Hover flies will crawl all over the foliage of infested plants grabbing and consuming these aphids. A hover fly can consume as many as 20-30 aphids per day or over 200 during its lifetime. 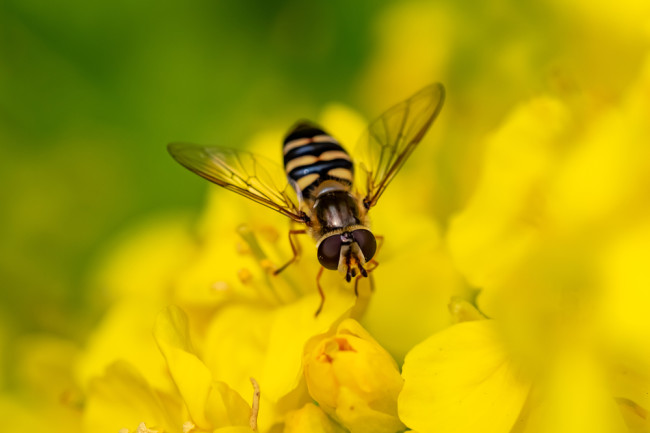 Why am I seeing more now than ever before?

We don’t have a defiant answer to why we are seeing them more now than before but it’s believed to be weather-related. It’s believed that the influx maybe dur to the more humid months we have here in the greater Cincinnati area.

As we start to enter the time between summer and fall you’ll start to see less and less of them. So enjoy them for just a couple of more months.
Sweet Bee